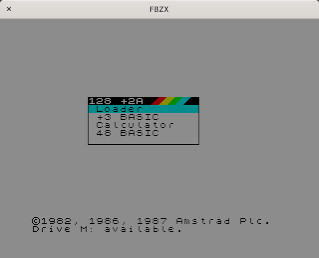 FBZX is a Sinclair Spectrum emulator, designed to work at full screen using the FrameBuffer or under X-Windows. Its main features are:

FBZX uses the SDL libpulse0 and libasound2 libraries, so you need them to be able to run the emulator (unless you recompile it; in that case you can choose which of them to use).